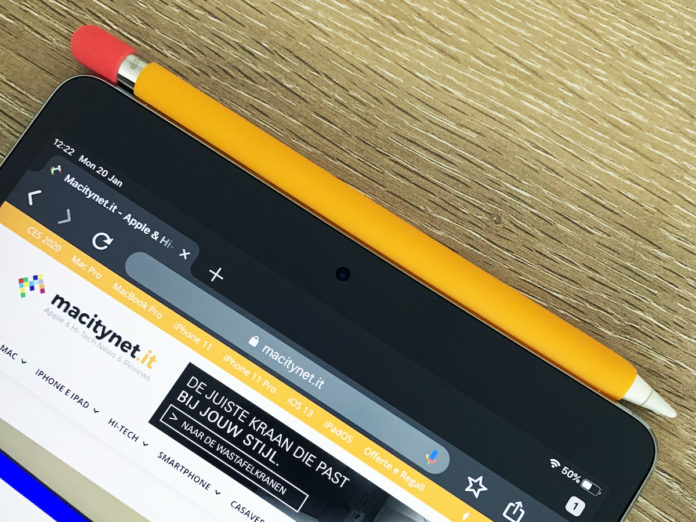 That the iPad was born to be an excellent substitute for a notebook and a drawing board is a fact. As evidence of this, are the hundreds of apps that appeared on Apple's iPad even before the arrival of specialized third-party stylus or that Apple decided to release its flagship tool for drawing: the Apple Pencil. The latter is available as known in two versions but with a similar feeling when it comes to lay its tip on an iPad or iPad Pro.

If the difference between one model and another of the is on its shape and on the lower latency between us writing  and the outline on the screen, what does not change is the actual grip between the tip and the reinforced glass screen surface of the of the iPad. The Apple Pencil literally slips fast allowing you to easily write notes and drawings or sketches.

But what happens to those used to the resistance of the paper that go from the natural impact between the graphite and the texture of the sheet to a completely different response between the tool and the tracing surface? They simply remain lost. Especially when comparing the whole thing with the  tablets, which always have had a slightly matt and opaque surface that obviates the problem.

All this foundation to introduce you to the review of the doodroo screen protector: The result of the research of a very young Italian company which, however, has the multi-year experience support of an expert on accessories for iPad and iPhone and above all of screen protectors and application systems.

We received the films for a test in the pre-Christmas period but for various reasons we were able to install them immediately before the CES (about a month ago).

We installed the doodroo on the iPad Pro that we normally use for our daily work on the construction site or in the office: notes, drawings, projects, renovation plans in the construction field, and, when we work for Macitynet: details from conferences, diagrams, SEO flows, drafts on the evolution of web pages and so on. Thanks to the ease of the pen approach, the iPad has long since replaced any previous drawing system, with the advantage that it’s possible to work directly on the technical drawings imported from PDF, photos taken on the fly, screenshots of sites, diagrams et cetera.

For our test, we received the standard packaging with 2 screen protectors, plus an interesting complimentary silicone skin for the Apple Pencil.

Even if slightly increases its diameter, it optimizes its grip, makes it more difficult to lose the cap (1st gen. Apple Pencil) and, last but not least, it slows down the rolling which sometimes becomes the reason why the Pencil ends up on the ground with every so often disastrous effect for the tip. 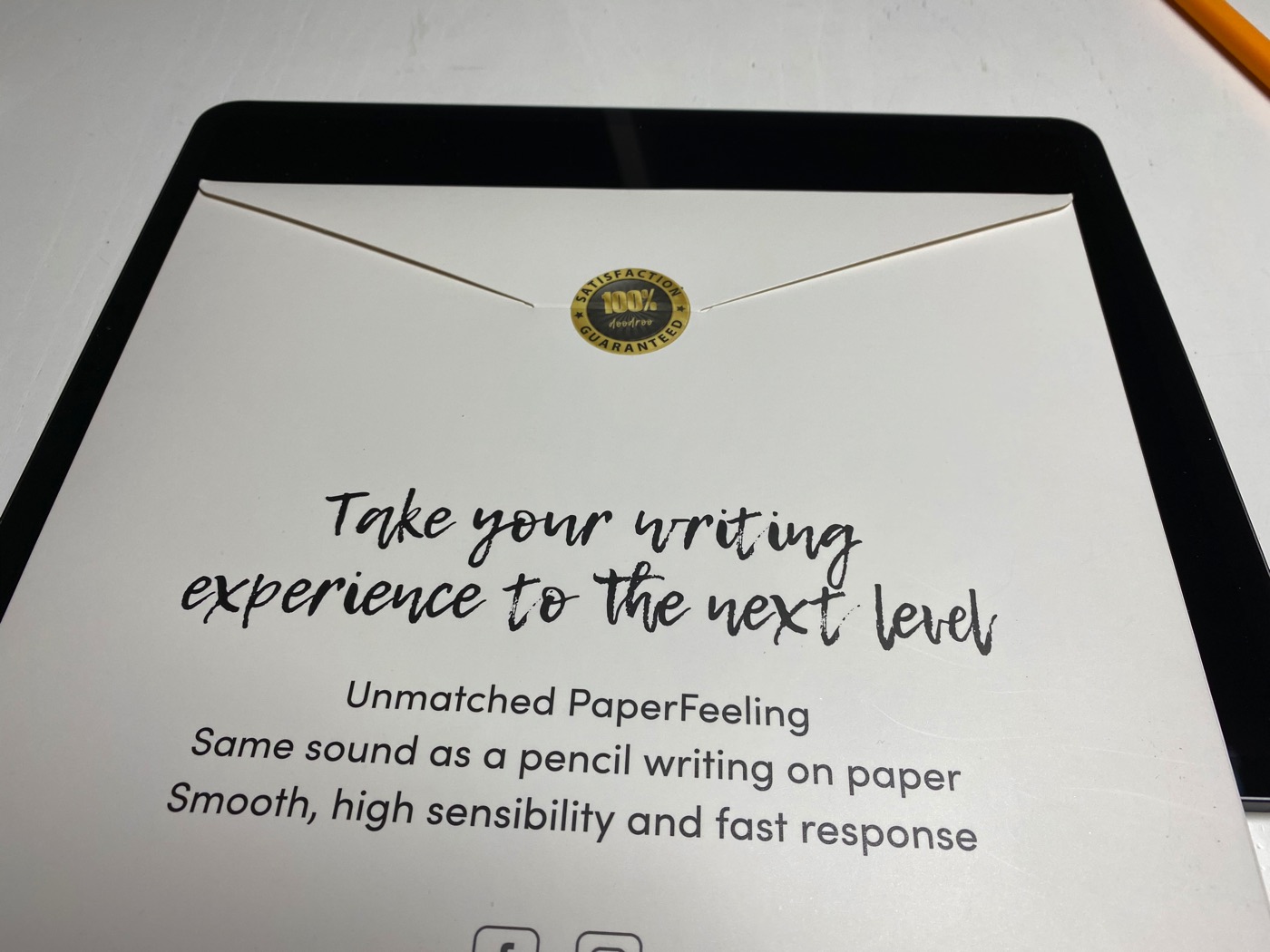 The installation of the screen protector is very simple and clearly shows the experience of those who designed the system: in our case the operation is also facilitated by the sharp edges of the iPad Pro and by the aluminum frame surrounding the screen. 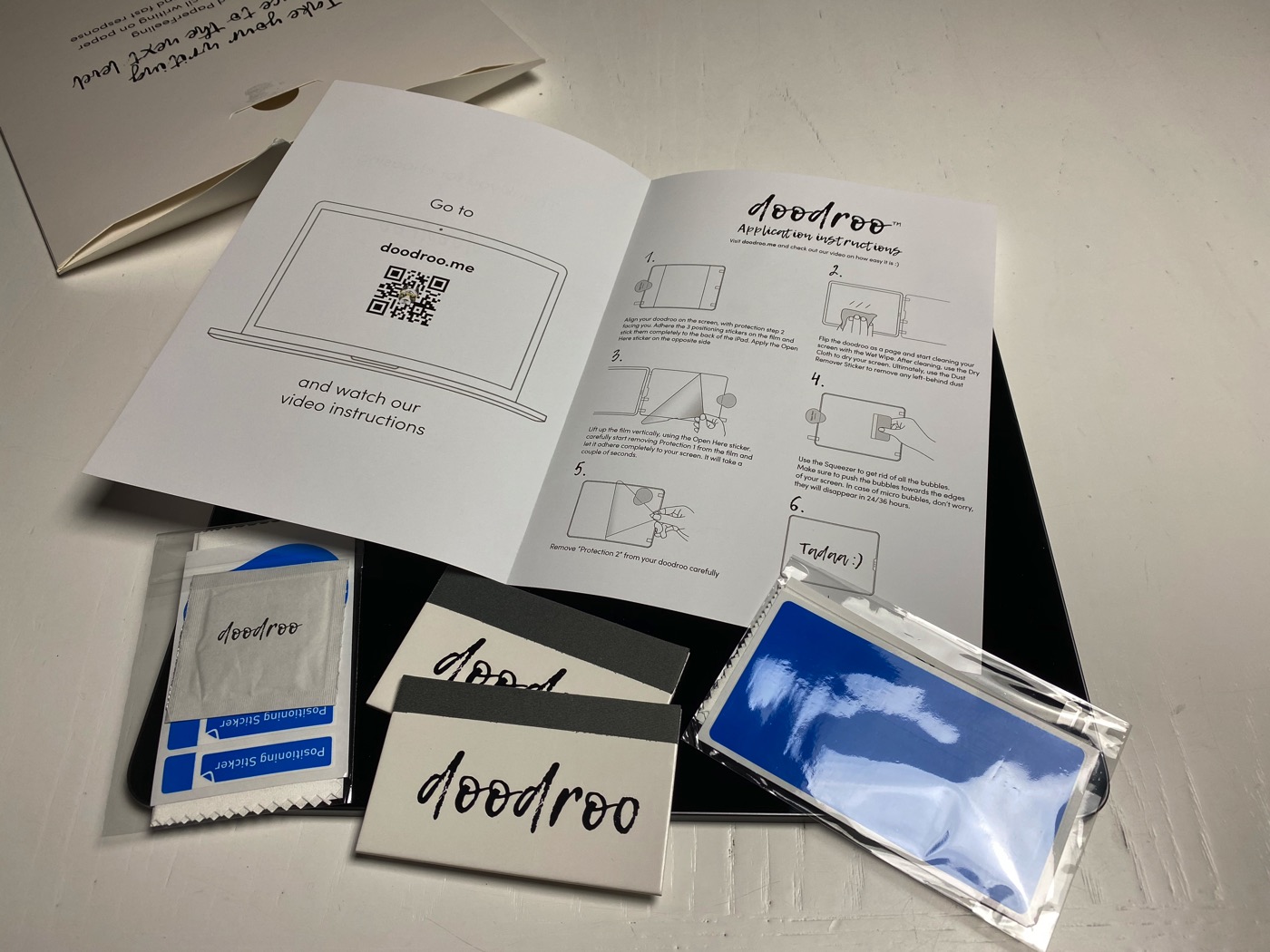 The whole procedure is illustrated in an explanatory video quoted directly in the instruction sheet in English that you’ll find in the packaging: from our side, we recommend you to carefully follow all the steps and pay close attention to the removal of dust. Of course, we also suggest working in an environment without fans, external or internal air flows that could challenge your preparatory cleaning.

As you can see from the above overview, after the cleaning, the screen protector is applied using the 3 stickers that position it perfectly inside the edges of the iPad. Then the internal film can be removed: in this way we can take advantage of the positioning stickers to make the step easier. In case of some macro bubbles will make their appearance, we will use the hard cardboard to "push" any of them to the edges of the iPad. Normally the tension of the film can expel them by itself, but a little help will speed up the operation.

In the last two images above you’ll see the screen protector applied with the iPad ON and with the iPad OFF: it’s easy to notice the matte finish. It will naturally increase the anti-glare characteristics but above all will increase the grip between the Apple Pencil and the iPad screen replicating the physical sensation of a paper-sheet.

Of course, we have been given as gift the silicone skin for Apple Pencil. We installed it on our Pencil and we must say that the increased grip and the new "pencilish" finish make it more manageable and funnier, even if it’s less sober look-wise. Despite the increased diameter, it has no problem to get into the dedicated pocket on the back of our iPad case, nor the magnetic function it’s compromised for charging operations.

But let's move to the actual drawing, which is the reason why this screen protector was created: the feeling is fascinating and absolutely realistic. The flow of the pencil on the screen now has a natural traction. The light noise created by the tip when meeting the display, accompanies our movements as if we were leaving graphite on a rough sheet.

The film has been in use for a month now and we haven’t noticed a deterioration in performance, marks and/or scratches due to the usage: the two tools have been designed to work together. In addition to that, we have now a protection for the iPad screen that should work even in the event of a fall, and especially in case of contact with sharp products that could scratch the screen. The iPad goes in the bag together with extendable meters, rangefinders, pen keys and not always the cover prevents contact with foreign elements.

It is obvious that the matte surface somehow causes the loss of the display’s "slick" appearance and could tone down a little the display, but just increase the brightness slightly to get an excellent result with the advantage of cancelling reflections both in design phase and product presentation.

We greatly appreciated the quality and ease of installation of the screen protector and we decided to leave it on the iPad also to check when there will be the need to use the second film in the package!
The product meets the promises and is absolutely recommended for those who use the iPad not only as a reference tool, but as a device for notes, drawings, sketches, artistic drawing or as a technical tool.