Adobe Photoshop for iPad: companion or substitute to the desktop version?

Adobe Photoshop is now available on Apple iPad tablets as well as on the other devices. When it first made its debut - November 2019 - everyone thought that would set an end to the personal computer era. But is it really so? More than one year later, we have enough material to analyze the pros and cons of Adobe Photoshop for iPad and throw our conclusions.

A nearly full version of the editing program

A good point of Adobe Photoshop for iPad is its context-aware UX. The new user interface has been created to:

Considering the difficulties of switching from mouse and keyboard to touchscreen and pencil, the whole look had to be redesigned. The toolbars of Adobe Photoshop for iPad are smaller, in order to leave more space on the screen to work. There is also the possibility to use the full-screen mode, leaving a small icon available for tool swaps.

New touch controls have been added to the features for the new tablet version of Adobe Photoshop. For example, it’s now possible to open the layers panel just by pinching with two fingers to zoom.

As for now, Photoshop for iPad is just a nearly full version of the desktop editing program. In fact, it still doesn’t include many features. Although, according to Adobe statements, the plan is to eventually bring the same tools for the two versions. However, Adobe wasn’t more precise about the possible date in which the complete update will be available.

So if you’re looking for a specific feature, you may need to wait some time while using the desktop version. For example, as for now, you won’t find anywhere in Photoshop for iPad the dodge and burn tools. Since Adobe is aware of the power of user feedback, feel free to contact them. Let them know about the features you’re missing the most and you might see them in the next update!

What Photoshop for iPad includes

Here you can find a list of all the features that are available on Adobe Photoshop for iPad.

What is still missing

And here you have a list of some features that still didn’t make it to Adobe Photoshop for iPad. Overall, we can agree that - as for now - Adobe Photoshop for iPad can be considered more as a handy tool to use together with the desktop version, than a substitute for it. However, the plan of Adobe is to bring the same features to both the versions. For sure the iPad version still has a long way to go before it can be considered as a replacement of the desktop version, but with some good customer feedback it can be a quick process. So stay tuned!

If you want to download Adobe Photoshop for iPad and be part of its possible transformation into a desktop version’s replacement, you can do it by clicking on this link. 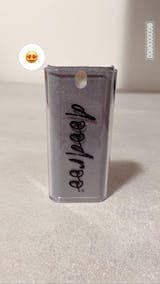